A Rare Pre-European Northland Papahou (Treasure Box) Stone tool carved. Robustly decorated to the underside of the box with two female figures, each in an opposing flexed stance with wheku form heads protruding from each end of the box. The heads are pieced to enable suspension. Each figure is carved with pikorauru (spiral) designs at the shoulders and the knees and have three fingered hands clasped to their abdomens. The walls of the box feature rauponga and pikorauru designs along with a single wheku head. The lid sits in a rebated top and is carved with an unusual hoe (paddle) motif along with further rauponga and pikorauru spirals conforming with the sides of the box. Provenance: Miet Collection. Purchased by Andrew Meit from Sotheby’s UK (Lot 110, 11th July 1972) and repatriated to New Zealand. Purchased from the Miet collection auction at Dunbar Sloane in Wellington in 1985. Sold by Art and Object in 2007. For a papahou of similar style collected in the Far North by Captain Cook see: Taonga Maori in the British Museum by Roger Neich, Mick Pendergrast and Dorota C Starzecka; Te Papa Press, 2010. Page 196, colour plate 10. 58 x 16cm Y6630 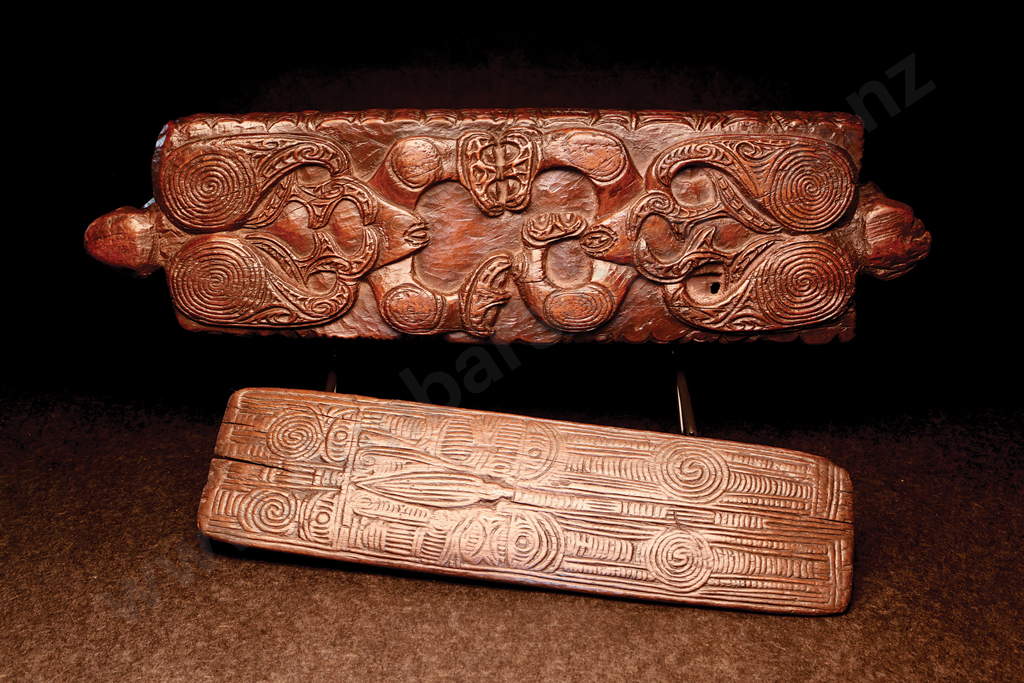 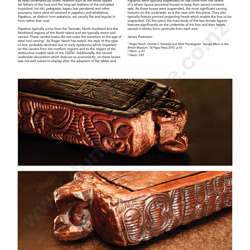